A Brief History of Kefalonia

Kefalonia is the largest of the Ionian islands and is just under 800 square metres, making it the sixth largest island in Greece in terms of land mass.

It is believed that the island was formed by an earthquake, and the region is indeed prone to them. The largest one was recorded in 1953, at 7.2R. This earthquake devastated much of the island and the evidence remains in the form of old ruins of houses and buildings that in those days were not built to withstand such a force.

As a result, Kefalonia was re-built during the 60’s and 70’s and the island's dwellings are a mishmash of size, shape and colour. Due to occupation at various points in the past, it has almost an Italian feel and at times will remind visitors of the Amalfi coast, rather than a Greek island. 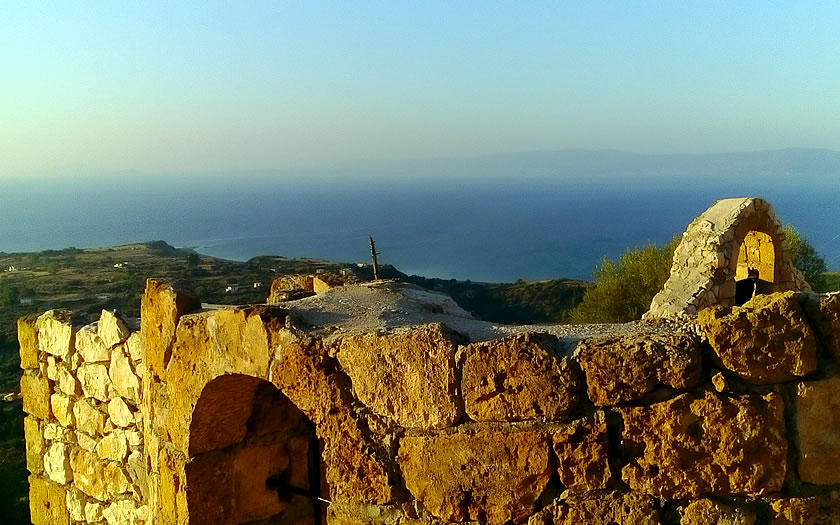 Kefalonia is an island steeped in myth and legend, with many colourful stories about this magical place featuring heroes like Homer’s Odysseus to the nymphs and signs of their worship to the Greek God Pan.

Its rich history also holds times of great sadness, and has seen many occupations in its time, from the Byzantines, Turks, Venetians, British and the Ottomons, before it was handed back to Greece in 1864. Part of its cruel and turbulent history can be seen in the film 'Captain Corelli's Mandolin' starring Nicholas Cage and Penelope Cruz.

The name Kefalonia is said to have come from the first king of the area – King Kephalos who ruled in the Paleoloithic era. At the time, the island was divided into four parts – Sami, Pali (Lixouri), Krani (Argostoli) and Pronnoi – they took the names from his four sons.

Each city had its own democracy and currency. There are still many ruins on the island today that leave the footprints of this ancient Mycenean civilisation behind.  For example, the ruins high above Sami give an insight to one of the ancient cities at the time.

The castle of St George just outside of Argostoli is another reminder of the island's history. This was the administrative capital of the island until 1757, when it was relocated to Argostoli. There are stories of underground escape tunnels running from the castle to Argostoli, around 8km away. However, these were damaged during the many earthquakes on the island and are inaccessible.

Upon exploring the island, you can see many modest but important historical sites, dating from the Mycenean era (1500 – 1100 BC). There are also many museums set around the island that pay homage to Kefalonia’s past and if you are a history buff or budding archaeologist or just simply have an interest these are good places to explore.

Fiskardo, in the very north of the island has been hiding a Roman settlement under its coastline and has recently been excavated and renovated, including a large burial site with stone tombs as well as many artefacts from gold rings to ceremonial clothing and bronze masks. They have also uncovered a Roman theatre as well as many other sites.

Many of the villages on the island you will notice end in ‘ata’ or ‘atos’ and linked to this, many of the Kefalonian surnames always follow suit – TIP – if you want to see if they truly hail from the island ask their surname to test the theory!

Many visitors will pass Kourkomelata village on the way from the airport to the south of the island. It is said to be one of the prettiest villages on the island and the reason for this is heartwarming. After the devastating earthquake in 1953, the influential Vergoti family, who are involved in shipping, offered to rebuild every house in the village at their own expense. The condition was that in return the villagers of Kourkomelata would keep their homes and gardens in excellent condition, and to this day the promise is honoured.

Kefalonia has much to offer every visitor and through the website we hope to bring you some insights into the island's secrets and some local knowledge that you might not find elsewhere.