A visit to Kefalonia is not complete without seeing the delights of Fiskardo on the very northern tip of the island.

Fiskardo is undoubtedly the most photogenic village on the island as it emerged from the 1953 earthquake relatively unscathed and much of the original Venetian-style architecture can still be seen . The local authorities have strict controls to ensure that any new building conforms to the style of the older buildings. 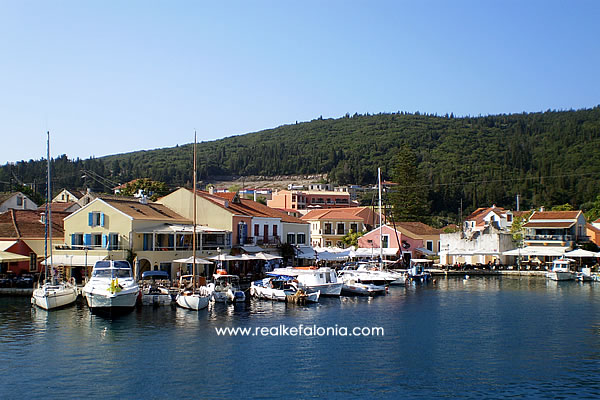 One of the biggest attractions in Fiskardo is its harbour, where traditional Kefalonian fishing craft can be seen docked against huge multi million pound yachts.

By day, life is fairly tranquil here and consists of watching the comings and goings of the harbour with its many cafes, bars and restaurants and strolling around the village with its winding cobbled streets and narrow passages. 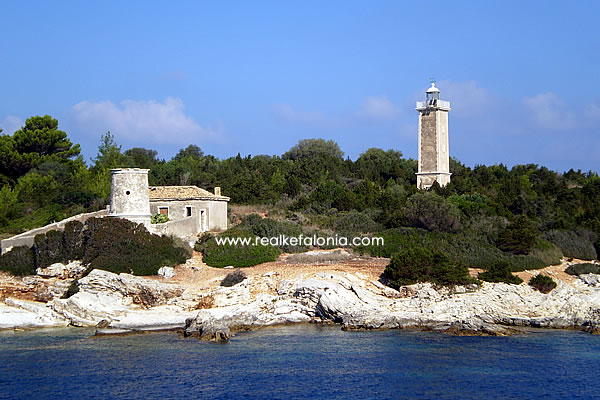 At night time the village comes alive and enjoys a cosmopolitan atmosphere. There are many individual bars and restaurants here serving a variety of international cuisine. The area attracts many of the rich and famous, so don’t be surprised if you catch sight of Madonna, Steven Spielberg, Giorgio Armani, Bruce Springsteen, Tom Hanks and George Lucas, to name but a few!

The area surrounding Fiskardo is also stunning and well worth exploring. An old Roman cemetery which dates back to the 2nd century BC has recently been excavated. The excavation revealed a large graveyard containg almost 30 tombs.

Just a short walk from the centre along the seafront, a well preserved theatre was discovered. Other excavations in the area have uncovered foundations of houses and Roman baths dating between 146 BC and 330 AD.

There are several wonderful beaches in the area, but my favorite two are Dafnoudi and Emblisi Beach.

Dafnoudi beach is reached on the way to Fiskardo - follow the signs down to a track and park the car. From here the beach is approximately 1.5km by foot, downhill and follows an old stream bed through a dense pine forest. The path is quite difficult to follow, so sensible footwear and a reasonable level of fitness is required.

Once at the beach, a small cove awaits with a beautiful cave over to the right hand side. The beach here is pebble and shelves gently into the sea. Across the water, the southern tip of Lefkada looks just a stone's throw away and makes a stunning backdrop.

Around a 15 to 20 minute stroll from Fiskardo brings you to the beautiful Embilisi beach. Its clear warm water laps gently at the sandy shore and is very inviting.

Either side of the beach is great for snorkelling and swimming, so don’t forget to pack your gear.

The Cypress Trail is a good walk for those that enjoy all outdoors, but hiking shoes are highly recommended. The way is well signposted and should take a few hours to complete. Taking a supply of sun-cream, a hat, water and some food is also a good idea. Enjoy the sounds of the island,  such as the cicadas and local goats, and see maybe the odd lizard cross your path.

More details about how to get to and from Fiskardo and a choice of accommodation is available on our travel and hotels page.